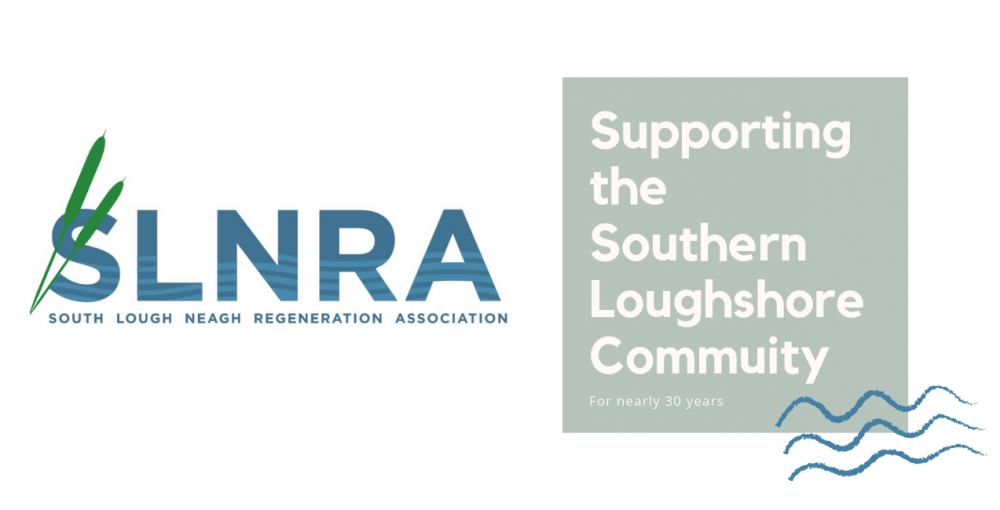 South Lough Neagh Regeneration Association (SLNRA) is a cross community not-for-profit organisation based in Maghery, Co.Armagh on the southern shores of Lough Neagh.

The organisation was established in 1993 by a group of local residents who had recognised the effects that a lack of funding into the area was having on the lives of the people living here.there was a lack of investment into housing, the roads & public transport plus a lack of access to health & well being support services.In addition, they recognised that the heritage of the area was under threat and they wanted to act to preserve local culture, skills and conserve the unique south Lough Neagh shore environment.

Over the years, SLNRA has worked closely with the seven local primary schools in the area and their Parent Teacher Associations as well as community groups, sports clubs, senior citizens clubs and a few men’s sheds to name but a few.We want to preserve the knowledge of the older generation and educate and inspire the younger generation.We have delivered a diverse range of project within the community.We love our loughshore and want to preserve its natural beauty.

SLNRA runs the ‘Loughshore Family Action project which provides support for young families in the area.

We also have a cultural project called ‘Bringing People Together’, that focuses on shared culture.We have delivered a series of  traditional craft workshops throught 2019 that embraced our willow / wool weaving culture.